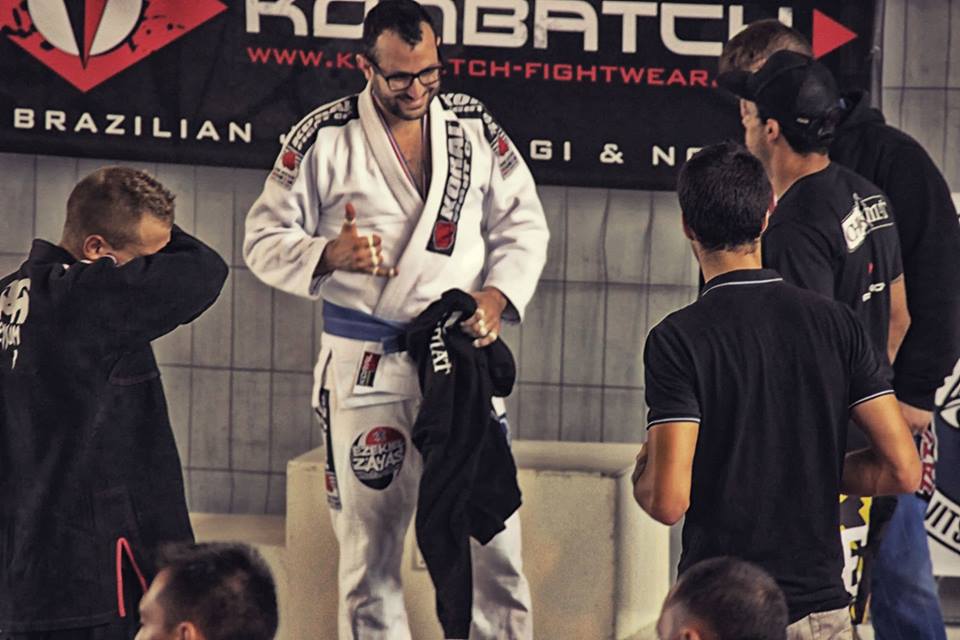 After one year in Germany, I spend one month in France before going in Thailand. I’ve participated to a small competition in the south and I win my category. On the podium, my (french/Brazilian) professor* gave me my blue belt..

For be completely honest I did not imagine this moment like that… Obviously, my professor did not plan to give me the blue belt. He took the belt from a friend to give it to me… And I have received this belt just after he asked me not to go on the “White belt to blue belt” camp from Top Team in Thailand and not to continue to work (as a graphic designer) for my first professor from another team.. I also had to buy my own belt for the traditional graduation in the club a few days later..

When you start BJJ you know that one day you get graduate. You never know when, of course, and some guys get there blue belt faster than you for multiple reasons. They can train more, understand techniques better, come from other martial art like judo etc..

Anyway, I don’t know for you guys, but for me I have never felt that I deserve the blue belt yet. I mean, I travel a lot, and sometimes I can beat every white belt and sometimes I get beaten by some of them. I know it’s a long journey but still.

So, after this and regarding my lifestyle I have decided to leave my club in France and continue my BJJ journey on my own, based on Christian Graugart‘s vision about how a BJJ club have to be. I completly desagree with the vision of BJJ teams which are in competition against other teams and which use graduation for keeping students in their club. Well, I don’t want contribute to the polemic, now I’m officialy a BJJ Globetrotter and a Ronin ^^. Oss !

* In France I train 4/5 months with him after going in Germany.