Progression and graduation in BJJ when you traveling ? 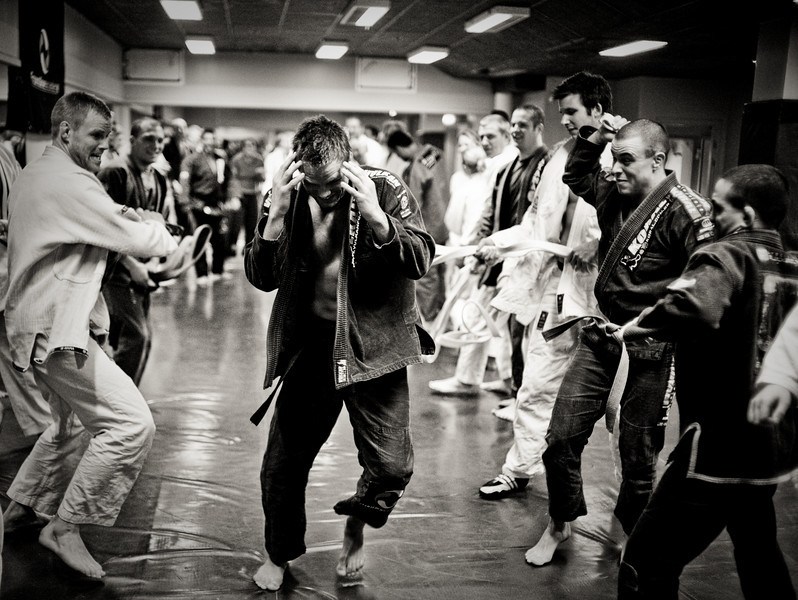 In Jiu Jitsu traditionally this is your professor who followed and check your progress. This helps create a lineage.

His professor is Saulo Ribeiro and it is he who give him these belts.

When I started Jiu Jitsu, my professor told me, okay, you will travel, that’s fine, but when you come back, we will check your level and I give you the belt if you deserve it and not another. Even if you back once a year or more.

Honestly I like the idea, it’s very martial and I greatly respect that kind of thing, but take my example :

Currently I live in Germany and the opportunity to return to France are already quite rare, but in 10 months I went to live in Thailand. So basically, I’m not ready to return to my first club.

I started BJJ 2 years ago, but including the break with my travels that I really trained one year.

In my club, my level was that expected of a white belt. Neither really good or really bad. 1 year after I won my first stripe ^ ^.

All my friends who started at the same time as me in France are now 4 stripes white belt or blue belt.

From my side, because I travel a lot, I often spend only a few weeks or a few months in the same club. This raises two major problems :

Regarding the basics I think this is a real problem in all the clubs I visited until then. There is simply no class for beginners, or simply a class to learn the basics. So that when you travel like me, you always arrives at a new club in the middle of the year and you learned how to implement techniques more or less advanced. But without solid basics it does not make much sense..

Regarding graduation, this is understandable. I landed from other country where I had another professor and I often only a few months. Difficult in these conditions to judge my abilities and my skills. Sometimes I fall in clubs where the general level is lower than the level in my last club and I feel better than I am, and other times it’s the opposite, I fall in clubs where the level is very high and I feel completely useless. So if I find to be graduated in a club where the level is lower than the level in my club, my rank in no way be representing my actual level, and arriving at a new club with a high level I just feel ridiculous.

What would be great, it would be that clubs should establish at least one basic class, open to all. During these classes we would only drills technical basics.

For graduation that would be nice is that you can receive stripes from all professors, but belt only from your home professor. This way we keep the tradition, but it makes it more flexible. What do you think?